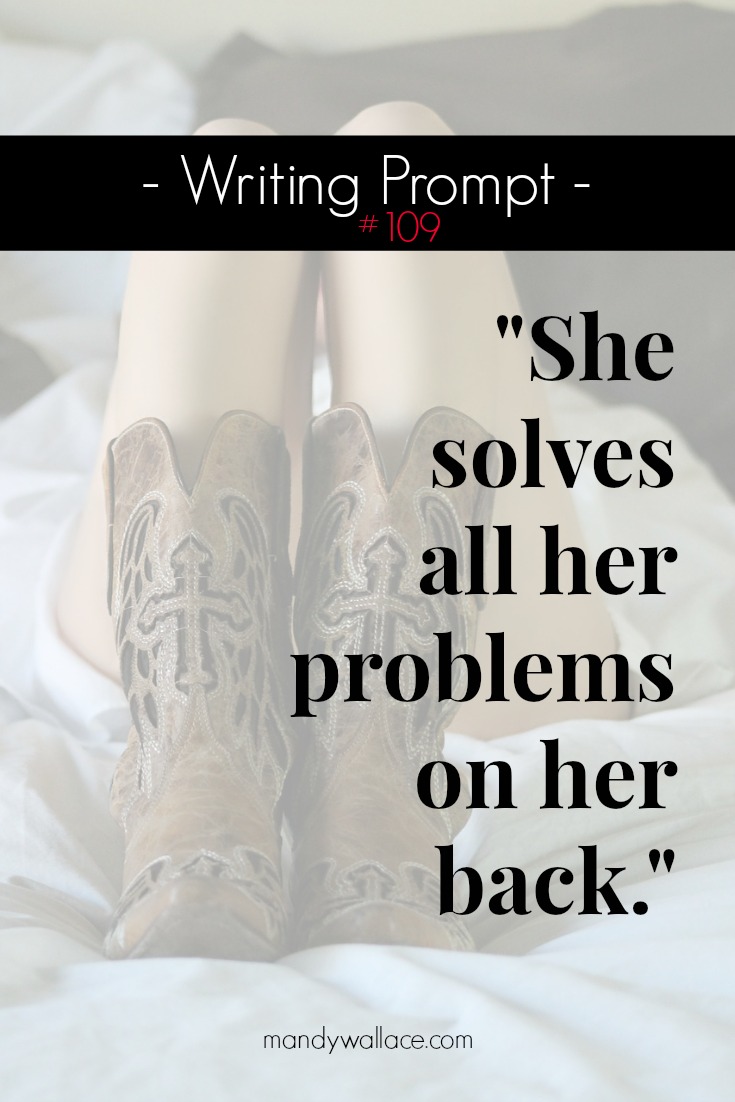 Dialogue snippet: “She solves all her problems on her back.”

Try 58 Science Fiction Writing Prompts, or the slew of story-igniters from the writing prompts category.