The Character Most Writers Get Wrong (And How to Fix It)

Here’s an incredible tool for writers.

The Myers-Briggs Type Indicator (MBTI) is a personality tool that savvy writers use to create deeply complex and startlingly realistic characters.

Yes, it’s as complicated as the name implies. But worry not. There’s a simple explanation. And it’s worth your time if you want to take your fiction to the next level.

MBTI is a personality tool, yes. But this isn’t astrology. It’s a psychology-backed explanation of how humans process and use information.

Fortune 500 companies use MBTI to find the perfect match for high-level career positions. People use it to make sense of their lives, to find spouses, and to understand their children.

Writers use it too. But not every writer uses it wisely.

Loving this article? Check out the MBTI for Writers series for how to write characters as complex and realistic as you are.

The Most Abused Personality Type in Fiction 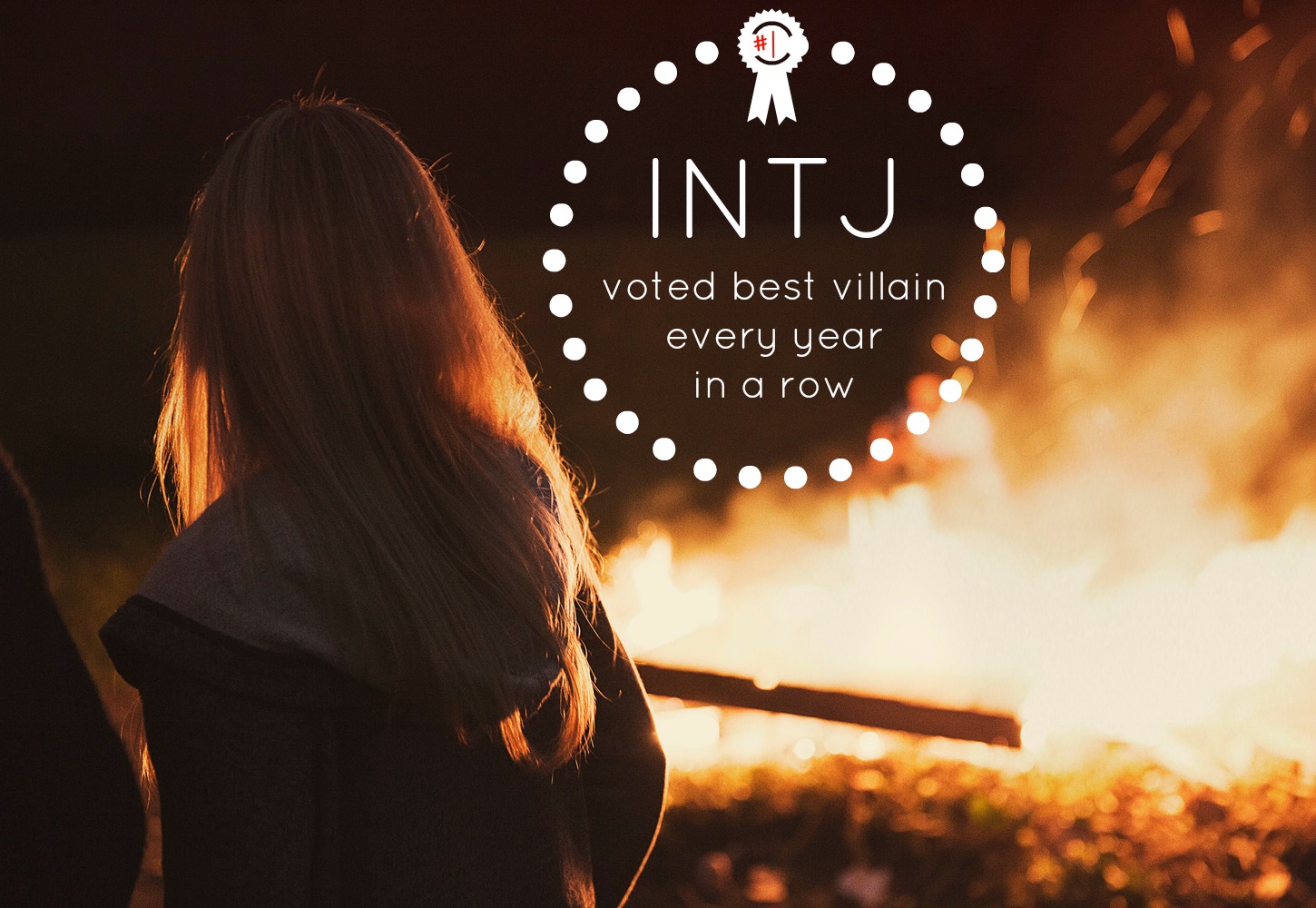 Since INTJs are among the rarest personality types (among women, INTJ is the rarest type), you might be surprised it’s the most often used yet least understood type in fiction.

You’ll find INTJs cast in villain roles everywhere. From Professor Moriarty and Lex Luther to  Emperor Palpatine and Khan, INTJs are the personality type that people love to hate.

Of course, these examples are just from fiction. In real life, do-gooders like Nikola Tesla and Isaac Newton were INTJs. Jane Austin and CS Lewis were also INTJs.

So why is the divide so vast between these real life INTJ heroes and the villains they become in fiction?

If you want to write a great story, you need to know the pitfalls when it comes to INTJ character design. Don’t feel bad. If writing an INTJ were easy, every writer would do it. Here are a few reasons why INTJ characters are a challenge for writers.

Getting to Know an INTJ is Tough

INTJs hate small talk. To the INTJ, talking about inanities like the weather and how many siblings you have is like slamming your head against a stone wall—painful, with no discernible payoff.

An INTJ who is genuinely interested in you is more likely to ask how you deal with despair when confronted with mortality or how your concept of god has evolved through the years. This startles people. And the INTJ has become aware that others find this line of discussion uncomfortable. Since small talk is still too painful, though, most INTJs withdraw instead.

INTJs are also terrible at explaining their thoughts sometimes. This makes it even tougher to understand them. The INTJ doesn’t think linearly. Instead, the INTJ’s thoughts are a complex cloud of relationships and patterns. And many of the ideas and relationships aren’t thought out in words. That makes translating their thoughts into language extremely difficult.

In fact, explaining things to others is often so exhausting that if your INTJ struggles to explain something to you, you can bank that he has both a high opinion of you and your intelligence. 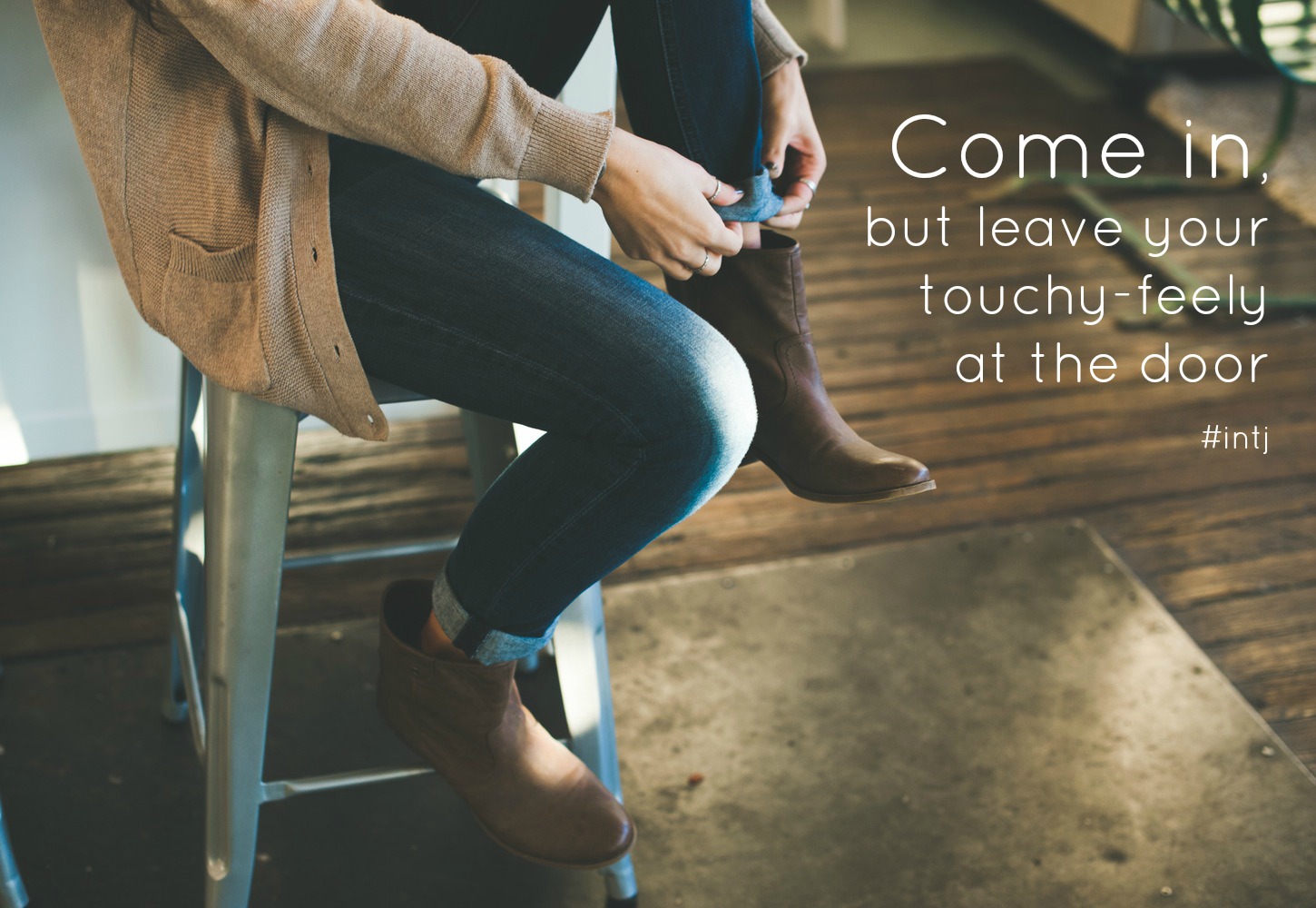 Most INTJs have been called unfeeling machines. This is because INTJs hide their emotions. To the INTJ, it’s just polite and appropriate. And communication is often detached from emotional content. To many other types, it makes the INTJ seem robotic and unfeeling. This makes them easy scapegoats for villain designers. 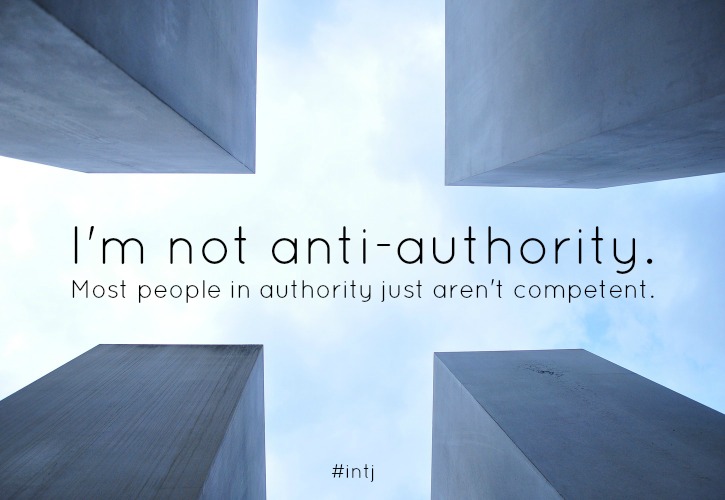 INTJs are very confident about their conclusions, ideas, and projects. This often comes across to others—even other INTJs—as arrogance.

Really, the INTJ just knows he’s analyzed far more data than those around him. He also has the experience of being proved right more often than not. This is because the INTJ is a far more long-range and analytical thinker than any other type.

The INTJ’s predictions aren’t tied to personal experience or limited to what has “always happened before.” Instead, the INTJ takes into account new data, changes, and shifts in trends to predict future outcomes.

All of this analysis, coupled with an inability to explain these processes to others, plus their ultimate need to create systems that work means that the INTJ takes confident action while ignoring complainers, naysayers, and doubters. So what you have is a man who knows what he is doing and doesn’t care what other people think about it.

The disdainful smirk he’s wearing may come from his resentment at doing the right thing for others while they criticize him for it. But it also adds to the “arrogant” perception.

INTJs are so used to systems thinking that what seems glaringly obvious to them isn’t always obvious to others. This is genuinely confusing to the INTJ.

Some INTJs are openly disdainful in these situations, assuming that the other person is not just different but stupid. This is because INTJs have just as much trouble understanding others as others have understanding the INTJ. This is a character flaw worth exploring in your story. But be sure to include the INTJ’s motivation and lack of social skills here. This is especially important if you write from the INTJ’s point of view.

As the writer, your character’s blindspot should never become your blindspot.

What Does All This Mean?

This doesn’t mean you shouldn’t cast your INTJ in the villain role. Let’s be honest, INTJs make great villains.

The problem comes when the writer uses the above as given qualities without exploring cause and motivation. This mistake results in the dreaded cardboard character, kills the story, and reveals an embarrassing lack of insight into character.

Here’s what to do instead.

Loving this article? Check out the MBTI for Writers series for how to write characters as complex and realistic as you are.

Writers: Get to Know Your INTJ

If you’re lucky enough to find an INTJ in the wild (only 2% of the population is INTJ), ask direct questions. But, fair warning, you’re going to get an exceedingly honest answer. So ask at your peril.

INTJs are exceedingly direct and often appreciate this quality in others. You might even find that the more “inappropriate” questions garner the most interest from your INTJ. So ask away.

Master the INTJ the Objective Way

INTJ characters are tough to nail, but they’re worth the effort. And now you know how to write one!