So What Exactly Is MBTI? The 5-Minute Breakdown for Writers

This is part two of the MBTI for Writers Series—a quick overview of MBTI and how it works. See the character creation worksheets and the 16 personality types (and how to use them to write complex characters) in the rest of the series.

You don’t have to be an expert in MBTI to create realistic characters with it. And who really wants to slog through walls of academic texts that use terms like dichotomies and tertiary every paragraph?

Not that you wouldn’t understand it if you tried, but why should you have to work so hard? We don’t want to sit formal exams or write a master thesis on MBTI. We just want to harness it for our creative writing and fictional characters. Right?

Right, so let’s break MBTI down into its simplest form so we can get to the good stuff (writing complex, ultra-realistic characters for our stories 😍).

MBTI—or Myers-Briggs Type Indicator if you’re fancy—is a tool from psychology. It groups people by how they experience the world and make decisions. (We’ll break this down a little more in a minute.)

The mastermind behind MBTI is Carl Jung. He’s the smarter, less perverse grandpa of modern psychology who came up with another literary theory we writers love, Jungian Archetypes. His work here also inspired The Hero’s Journey.

We writers owe a lot to Jung.

MBTI | How Humans (And Characters) Think

So after years of work as a psychotherapist and observer of humanity, Jung noticed that the human mind operates on two basic modes:

Then he broke that down further into the two ways humans take in info:

And two ways we make decisions:

Now, these break down even further depending on whether a person is introverted or extraverted. And this is actually where the magic of MBTI is for writers who want to write amazing characters for their stories. Because it’s where we get into where your characters really live—the functions.

When we get down and dirty with each MBTI type later in the series, we’ll go into the different functions and what they do. We’ll also help you to “experience” each function so you can get inside your characters’ perspectives in your stories.

For now, I just want to give you a sense for MBTI, that functions exist, what they’re called, and that this is what makes your characters 100% distinctly themselves.

So the 8 functions we end up with are:

As a quick refresher:

Don’t worry. You won’t have to remember all of this to use MBTI for Writers. It’s just to give you a sense for what goes into the tool you’ll be using. And you can always come back to skim this later if you want to be reminded of something.

So this is cool and all, but if MBTI comes from Jung’s theories, why is it called Myers-Briggs Type Indicator?

The Writer Behind MBTI

Why was she researching theories about personality type? (I legit screamed OMG when I read this)…

KATHARINE WAS RESEARCHING PERSONALITY TYPES SO SHE COULD USE THEM TO WRITE BETTER FICTIONAL CHARACTERS!!!! (Seriously! Look!)

So she was pouring through the works of great philosophers and thinkers to build her own system for how the human mind works and expresses personality when she hit upon Jung’s theories. It fit so well with what she knew about herself and other people that she dropped her plans to build a new system for how people think and decided to just unpack Jung’s instead.

I mean, the work was mostly already done so why not, right?

Katharine’s daughter, Isabel Myers, jumped in when she saw how type theory could help people find jobs that suited them, see the differences among themselves as the positives they are, and generally live happier lives (awwww).

Over the next 20 years, the two women observed type in others and ran assessments in medical schools. It was these two who developed the first MBTI self-assessment questionnaire into the system it is right now.

So, basically, you and I are just using Katharine’s work for the reason she created it for in the first place…to create convincing, realistic fictional characters for our stories!

In the next MBTI for Writers article, we’ll talk more about why MBTI is such an incredible tool for writers and some of the ways we can use it to write stunningly realistic characters who drive your story’s plot. 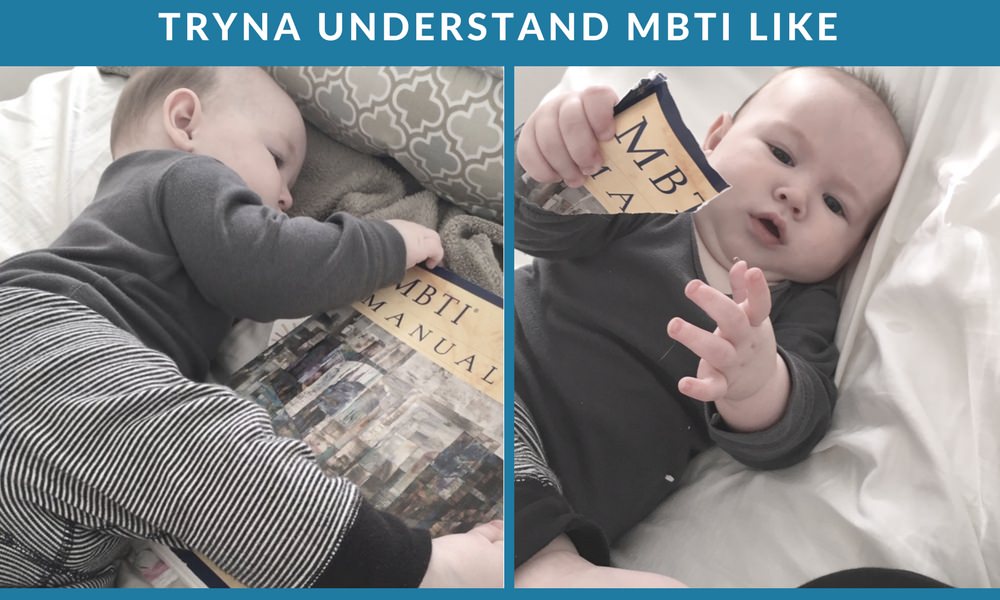 Questions about any of this? Pop them into the comments below. I’ll be standing by to answer them.

Previous Post: « Every Great Work of Fiction Has This One Thing
Next Post: 3 Ways to Know (or Choose) Your Fictional Character’s MBTI Type + An Overview of the 16 Types »