Every Great Work of Fiction Has This One Thing

This is part one of the MBTI for Writers Series—a quick overview of MBTI and how it works. See the character creation worksheets and the 16 personality types (and how to use them to write complex characters) in the rest of the series.

Think of your favorite book. (Not always easy to choose just one, I know, but a book probably came to mind, right?)

Now, what’s your favorite thing about it?

I bet it isn’t the technicalities of plot or how well the author described the setting. Those elements are important, of course. But they’re probably not your favorite thing.

My guess? The first thing you thought of was a character.

When I picked it up for the first time as a kid, I had no idea Ender’s Game would become one of my all-time favorite novels. I was bored one day during a summer in Virginia. I needed something to read. And there it sat on what passed for a bookshelf on my aunt’s standard issue oak entertainment center—a short lineup of five whole books amidst the dusty VHS tapes.

Its cover was unappealing, an ugly spaceship in the black of space. Not exactly a siren song for a kid who thought she hated scifi. If there’d been ANYTHING else to read, I never would have picked it up.

The interspecies battle that drives the plot didn’t excite me. I didn’t care much about the nuances of the novel’s social structure that isolated Ender, this third-born kid in a world where parents are legally permitted to have just two. Those were just the background details, the vehicle that delivered what was, to me, the real story.

What I loved about Ender’s Game was Ender. Boy genius. The kid who loved too much—even his enemies. Who didn’t fit in anywhere. Ender.

I don’t think I’m alone in this. Most readers fall in love, first, with character.

Now that I’m all grown up, with a deep ambition to write as well as the favorites I’ve read, I know the key to writing well most boils down to character.

As readers, we love characters who are both relatable and surprising. As writers, we know it’s our job to imbue our characters with enough realism and humanity to pull this off.

So how do we write characters who are as real as we are? It’s not an easy feat, especially if we’re new to writing fiction.

But I know of this tool that might help… 😉

How to Write Realistic Characters | MBTI for Writers

Myers-Briggs Type Indicator (or MBTI for short) is a tool from psychology. Basically, MBTI identifies how different people perceive the world around them and make decisions.

You can probably already see how a tool like that can help you create lifelike characters. But MBTI goes further.

It also breaks its theory down into sixteen different personality types we writers can use to build our characters up.

Each writer is born with a repertory company in his head. Shakespeare has perhaps twenty players, and Tennessee Williams has about five, and Samuel Beckett one – and maybe a clone of that one. I have ten or so, and that’s a lot. As you get older, you become more skillful at casting them.”

The best thing about MBTI for Writers? You’ll be able to create characters who are NOTHING LIKE YOU, while making them believable and consistently themselves.

We’ll talk more about how to do that as the MBTI for Writers series goes on.

For now, the biggest thing you should know is that with MBTI your characters will be consistent (even when they’re surprising), realistic, endlessly complex, and fully believable. Your readers will nod along at every twist and turn, every decision your character makes, at every piece of dialogue because everything you write about your character will fit perfeclity with WHO THEY ARE AS A PERSON.

And bonus! You’ll pull it all off a lot easier than you might think.

Something else that’s fun to know (if you’re a book nerd anyway). MBTI is based off the observations of Carl Jung—a grandfather of modern psychology (the saner of the two grandpas) and the mastermind who identified the psychological archetypes that inspired another groundbreaking literary concept, The Hero’s Journey.

As we go through the MBTI for Writers series, we’ll go deeper into what determines each type and how you can guess your best friend’s or use it to destroy your enemies (Err…I mean, how your characters can do that. *Cough*).

What We’ll Cover in the MBTI for Writers Series

I’m suuuuuper excited to share the magic of MBTI with you, writer. It’s the best way I know to create and develop truly realistic characters.

Check out the rest of the MBTI for Writers series.

Previous Post: « What to Do If You Want to Be a Published Writer This Year
Next Post: So What Exactly Is MBTI? The 5-Minute Breakdown for Writers »

Where Should We Send Your Writing Tips + Free Toolkit? 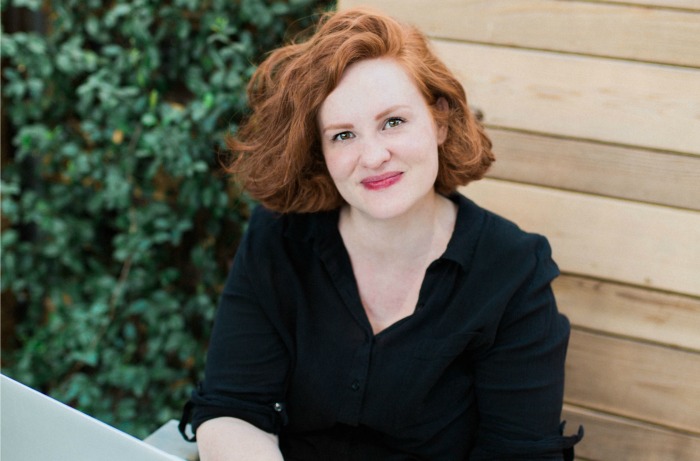